Cupcakes must be one of the smallest, simplest and most joyful things man (more like woman) has ever made. Those irresistible bundles of joy light me up every time as I close my eyes on every sinfully sugary bite, the world ceases to exist, as if my cupcake and I are alone in a void. Oh those endless possibilities! Imagine if world and religious leaders settled disputes over a box of colorful vanilla sunshines, cupcakes might have succeeded where politics and war failed in attaining world peace. It may seem that even real estate developers fashioned our lives in cupcakes as they try to fit our lives in 40 square meter boxes.

If heaven existed, it must have took in a form of a cupcake frosting. 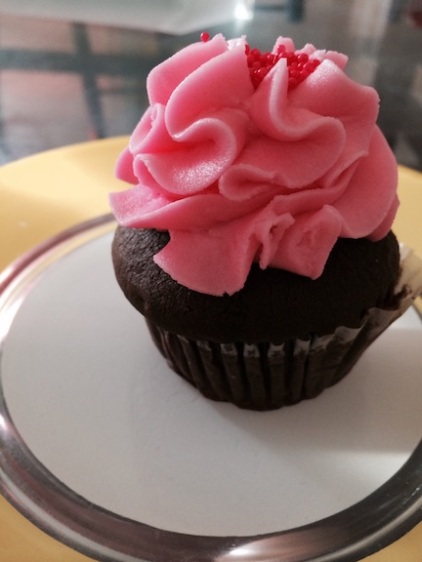 But let’s face it. There is no manly way to eat a cupcake with colored frosting that befits a unicorn. You will not see Vladimir Putin eat one in public lest he loses his machismo, or imagine Fidel Castro sneaking one every after meal time, carefully wiping his mouth from frosting stain just before he takes another photo with a tobacco between his lips. Its not like simply devouring them in the most carnal way makes it any more manly than using a delicate knife and fork. Gentlemen, heaven that manifests itself in a form of a cupcake must be appreciated. The least a man can do when eating his cupcake is to be systematic about it, like maintaining a car, disassembling a gun, running an empire, etc.

So here’s what I devised about the art of devouring these euphoric little pieces of paradise.

Step one: Peel off the paper.

Step two: Slice the bread in half.

Step three: Miserably eat the bottom half and UTTERLY RESIST the temptation to get some frosting, its called delayed gratification. 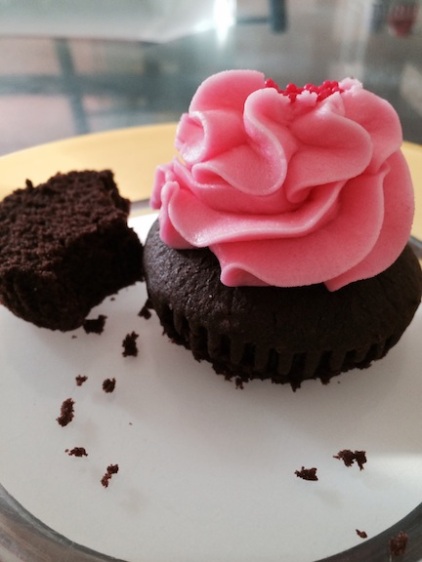 Step four: Selfishly gorge on the 2-1 frosting to bread ratio with reckless abandonment! 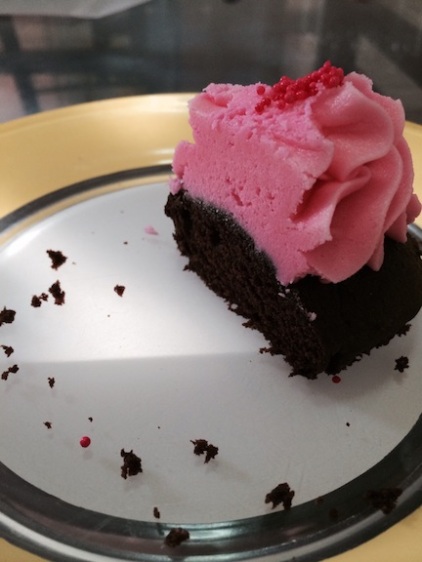 Go ahead and savor your cupcakes shamelessly but always keep in mind that article 12 of the Bro Code still states that “Bros don’t share desserts.”